Don’t be afraid of the unknown.

When I went to culinary school, I began to learn how to think and deduce like a chef.

Back in medical school, I began to learn how to think and deduce like a physician.

When I studied mathematics in grade school, little did I know that I was learning both the arts of problem solving and persistence.

The mastery of challenging mathematical concepts boosted my self confidence, and in turn helped me master all sorts of skills throughout my life. It wasn’t easy. It took a lot of sweat, scrap paper, and pencil lead.

Mathematics is exercise for your left brain. Nowadays, I can’t help but mathematical beauty wherever I turn, be it appreciating the deliberately sinuous curves as I ride up a twisty mountain road, or the slope of the slowly rising temperature curve of a sauté pan heating up on the range. 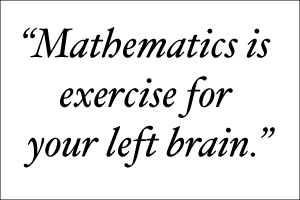 Math is all around you. It’s beautiful. Abstract mathematical concepts not only separates man from beast, but is truly a crown jewel of our advanced civilization.

However, some are ready to dump algebra from their school curriculums, and I’m always sad to hear it. While I applaud forward thinking about re-evaluation of a long-standing educational traditions (questioning educational practices is always laudable), there is no way to pose such an argument without inferring that Americans should give up one something because it’s just too hard for so many. Giving advanced mathematics (not basic arithmetic) the boot amounts to giving in to an increasingly pervasive sense of laziness in our digital age.

In fact, I’m just waiting for the next person to say that we should gut our grade school literary canons. Pretty soon they’ll cancel Latin because it’s just too difficult and not immediately practical in the real world. (Oh, wait. They’re doing that already.)

What in the world does mathematics have to do with food and motorcycling?

In the kitchen, you’re constantly adjusting variables on the fly and making rapid-fire calculations in your head. Don’t understand math, and you’re at a disadvantage. Heck…I wouldn’t even think about entering a professional bakery kitchen, unless I knew my Imperial measurements cold and could quickly do math in my head. 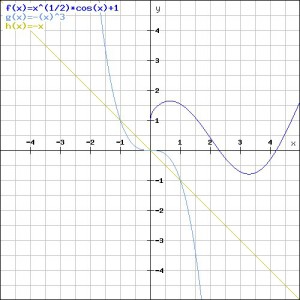 Analytical problem solving involves the mastery of abstract concepts, and regularly applies to both the culinary and motorcycling world, both directly and indirectly. Whether you’re “solving for X” because you’re calculating the right resistance for a specialized relay you’re installing on your bike for a custom project, or you want to systematically find the perfect pizza dough hydration, those days of not-so-fun math homework will get you there down the road. You don’t need to be an electrical engineer or a rocket scientist to appreciate mathematics.

Again, just as culinary and medical school shaped the way I see the world, I can’t help but think differently after spending years of math homework. You have to have faith that some things in life have no immediate and direct application.

Think of college. You learn a lot of stuff there makes you a more well rounded person, that doesn’t necessarily translate to direct productivity. Americans should be thinking long-term, and learn to become more comfortable with a level of uncertainty that can’t be directly measured. Don’t be afraid of the unknown.

Grade school mathematics is about teaching younger generations not to give up when you don’t understand something, and to go seek help when you need it. Although I’ve been lucky enough to be one of those people who has always genuinely enjoyed both mathematics and the liberal arts, I myself had no great fondness for rotating shapes along an axis in calculus. Although I was a good student back then, I learned the virtue of humility in seeking early morning help from teachers when I didn’t understand concepts (differential equations in college was far more enjoyable.) Not fun, particularly when some teachers were angry, rude, and demeaning. You push through. You don’t give up when the going gets rough.

I agree that math shouldn’t be a hurdle to weed people out of lower schooling. Having suffered through years of various “weed out” courses into my third year of medical school, I fully understand that argument. It can mess with one’s psyche. Then again, I’d rather choose the neurosurgeon who could tackle parametric equations back in the day, as opposed to one who gave up when the going got rough. Math is about precision and rapid problem solving. They’ll get it right every time. They’ve got a well-trained left brain.

To dumb down American education even further would be a tragedy. Instead, maybe we should rewarding teachers who motivate their students to learn. Remember the story of Jamie Escalante in “Stand and Deliver?”

Aside from using math directly (such as designing and implementing custom projects on my own motorcycle “Ellabelle” for the TV show), what does math specifically have to do with Food Biker?

Putting Food Biker together will certainly be my biggest and most difficult achievement to date. As trite as it might sound, if I didn’t have math teachers who challenged me to master the abstract when I was younger, who knows if I’d have learned the persistence to try and make my dream come true today. 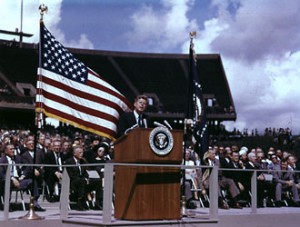 And that’s exactly what I’m doing with Food Biker. I’m choosing to do Food Biker, particularly because it’s hard, and it just might prove to be one of the most exciting adventures in my life. Math will continue to help me achieve my goals.

Finally, if “x” stands for the unknown, the mastery over the mystery gives us just a little bit more security in an insecure world. One of the most fulfilling things is the resolution of solving a problem. You just have to keep at it, and have faith that there is an answer to your problem if you keep at it.

The more problems you solve, the more you master your fear of the unknown.

The more you master your fear of solving problems, the more you build your confidence.

“x” may be the unknown that lurks around that upcoming bend that is rapidly approaching you at 65mph.

“x” may be that perfectly crafted pie that’s baking in your oven, baked from that new recipe you’re trying.

So the next time you meet a math teacher (particularly in a public school), be sure to thank them. They’re fighting the good fight. They’re teaching kids to self-reliantly tackle problems.

The next time you receive a large tax bill in the mail, hopefully you can take heart that some of your take-home pay might go towards education, which will help America remain competitive in an increasingly global workplace.

Besides, do you really want Americans to be perceived internationally as incredibly friendly people, but educationally soft and lazy?

I didn’t think so.

Math.
It’s there when you need it.
(That is, if you take the time to understand it, and to go seek help when you don’t.)

I’m going to go “solve for x,” and step forth into the unknown.

← Happy Feet
The Roots of My Rides →