Even if its social impact winds up being relatively small, Food Biker is about stealth education, economic recovery, and finding common ground.

There’s absolutely nothing wrong with that. It’s wonderful entertainment, let alone armchair adventure.  Heck, it can be soothing, inspiring, appetite whetting, and simply put…fun. Many will agree that half the time, viewers don’t even follow what’s being cooked.

At other times, when more time and longer attention spans are available, many viewers study culinary television shows that teach how to make a specific dish. These shows obviously require more brainpower, but remain both helpful and inspiring.

However, it’s no secret that for years now…that people have clamored against the “dumbing down” of culinary adventure television.  People complain that culinary television is either too “common” and “fluff,” or is just “elitist” and “too dry” to be enjoyable.

Food Biker attempts to fill this gap with stealth education.

Learning culinary techniques and what’s going on the culinary world doesn’t have to be boring.

We can’t help it, if American motorcycle trips that feature some the finest culinary talent in the nation, accidentally engages you top the point where you learn something in the process.

If this is the case, we here at Food Biker sincerely apologize in advance. 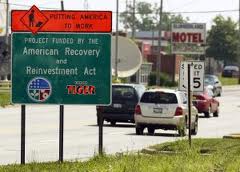 Food Biker aims to help stimulate local economies.  Right now, given that our own country is struggling with major economic and domestic issues, “Food Biker” focuses on what we have right here at home in America.

These days, dining out in America is more of a luxury than ever for diners, and restaurateurs themselves are feeling the pinch.

Hopefully, Food Biker is a small step towards improving our local economies right here at home. Imagine these three scenarios…

1. Food Biker spotlights the incredible food of a small American restaurant with no advertising budget to speak of.  The restaurant becomes popular and brings in more business, thereby increasing local tourism. The restaurant puts money into supporting it’s staff, while supporting local purveyors and businesses.  More jobs are created, and the local economy is stimulated. 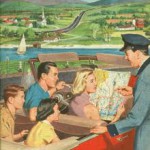 2. People who had never imagined about being on a motorcycle before learn about the sport from “Food Biker.” People start exploring the joy of the “RTE” (Ride-To-Eat), and take more motorcycle touring vacations around the country. Local economies are stimulated through an uptick in motorcycle tourism.

3. Most of the time, most of us Americans can’t afford to eat out regularly… unless it’s “fast-food.” By mastering techniques as demonstrated by chefs on “Food Biker”, viewers at home learn to feed themselves better.  By learning about and purchasing local ingredients, home cooks further support the local economies.

Additionally, many multicultural and international culinary traditions are what make up what is “American” cuisine.  In a culinary sense, we can still “visit the world” without leaving the country.

Besides, knowing ourselves as a united country, will hopefully make us far better ambassadors to the rest of the world.

Food Biker transcends political borders.  Given that our current domestic troubles are due to the fact that our country is so fractured politically, Food Biker is an attempt to get all of America to sit down at the dinner table together, behave, and enjoy our common ground of good food. 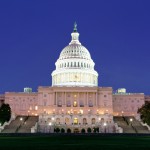 However, it’s important to spotlight food issues today that affect everyone in America.  The Type II diabetes epidemic, HFCS and trans-fat usage, small farms and restaurants being run out of business…these are obviously issues that affect every single one of us.

Additionally, various culinary movements such as farm-to-table, organic, locavore, “slow food,” food co-ops, CSAs, and so forth…have recently captured some well-deserved time in the news.  It all gets confusing, and Americans at least should be well informed as to what options exist out there.

Regardless, real food that comes from a local farm or a small restaurant generally tastes better and reflects incredible individuality than the big chains or factories.  At least, patronizing the smaller guys that don’t have big advertising budgets…you’ll find that their food is simply going to taste better, and will give “hometown America” a fighting chance against larger institutions.

Again, the love of good food is common ground that all Americans should be able to agree upon. Let’s all sit down and break some bread together, America.