A few years back, The Boston Globe’s Beth Daley and Jenn Abelson published an excellent two-part story: “On the menu, but not on your plate.”

Their piece is a must-read, as Daley and Abelson highlight a deceptive mislabeling practice that’s widespread in both the culinary and fishing industries.

In short, the fish you order in a restaurant, or purchase in your local mega-mart, might be mislabeled. Sometimes it’s an accident.  However, in some cases, it’s an active bait-and-switch.  Obviously, it’s a lot more profitable to sell an inexpensive fish at a higher price under an expensive-fish name.

Chefs should know what fish they’re putting on a menu, and portray it unambiguously—no embellishments and no excuses translates to no questions from customers.

Just as chefs should have reputable purveyors who are honest about what they sell, home cooks should do the same. Either ensure that your local supermarket is participating in a valid seafood sustainability program, or get to know the fishmonger at your local seafood market. Back in the good old days, fishmongers would let you smell the fish before buying (good ones still will, but some supermarket counters no longer allow the practice for safety reasons.)  If you do get to sniff your snapper, keep in mind that fresh fish should smell clean and “oceany” but not, well, fishy!

Chef Ming Tsai was quoted in the article, and you can read his statement here.   Like many chefs, it appears that he may have been beset by conflicting sets of government standards. His restaurant in Wellesley, MA, Blue Ginger, is one of my all-time favorite restaurants. And the Alaskan butterfish is one of my all-time favorite dishes. However, it turns out that Alaskan butterfish is a vernacular name for the market name of sablefish. 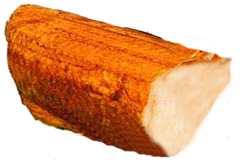 Sable?  You’ve probably heard of it as NYC Deli fare, as a tasty, smoked fish you’d have with a bagel.

Now as any self-respecting New Yorker will tell you, “sable” is classic Jewish deli fare. It’s usually smoked and has a buttery texture and flavor. However in the culinary world, sablefish, is also called butterfish and black cod. You can clearly see this on the National Marine Fisheries Service (NOAA) website here — and those are the standards to which Chef Tsai was adhering.

By using the NOAA standard, Chefs like Ming Tsai are being responsible by checking first to see if a particular species is being overfished. In this case, sablefish is not. I would probably have gone to NOAA, used the most appealing vernacular name, served up something delicious, and called it a day. Unfortunately, here’s where the confusion (and controversy) comes in.  According to the FDA:

If you think that’s confusing, check out their flowchart here. To add to the naming chaos, there’s the local layer of naming lore: Sablefish may be called “Alaskan Butterfish” in California, but not in Massachusetts.

You can see the problem.

When it comes to chefs and menus, there may be no current single standard in the industry.  How are chefs supposed to respond? If you’re a chef, you don’t want to deal with interstate commerce distinctions—that’s fodder for lawyers and seafood experts. 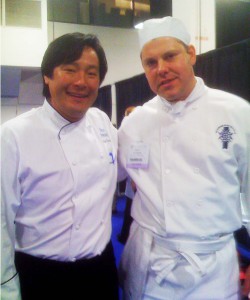 Now, back to my beloved Blue Ginger-style Alaskan butterfish… I have the utmost respect for Chef Tsai. (In the interest of full disclosure, I was an intern on Season 7 of the PBS show, “Simply Ming”, but I had eaten, and loved, that darned butterfish long before then.) I can say with certainty that Chef Tsai is someone who’s already proven he does the right.  Over a decade ago, when “Chilean Sea Bass” (AKA Patagonian toothfish) was all the rage but overfished, he sought an acceptable substitute.  The unfortunate thing is that not all chefs in the industry are as responsible as Ming Tsai.

We can only hope that other chefs, restaurants, purveyors, and suppliers will be as active as Ming in pioneering change for the good in the restaurant world.

Meanwhile, hats off to Daley and Abelson again for having brought this conflict of standards to light. Let’s hope that this exposé instills more honesty in the industry.

Now, stop reading and get cooking! Check out Chef Ming Tsai’s Miso marinated fish recipe.  You can use sablefish or US-farmed cobia if it’s available. To find other sustainable fish alternatives, visit the the Monterey Bay Aquarium’s “Seafood Watch website before you go to the store.