Boston: Why wait for Top Chef? 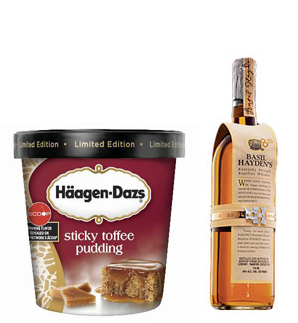 I read a wonderful news piece in today’s Boston Globe by Chris Reidy.  In short, Boston’s Mayor Thomas Menino is courting Bravo’s TV show “Top Chef” to come to Boston by means of a Twitter campaign via a PR agency.

He’s absolutely right in wanting to capture that viewing demographic, which would certainly boost restaurant tourism right here in town. To be sure, I’ll be shooting for that same demographic as well.

However, why should Boston wait around for Top Chef?

That’s like eating a pint of Haagen-Daaz (or finishing off that fifth of bourbon) and waiting for that special someone you dated once to call back.

Okay, people.  Think about this for a moment:

2) I myself changed careers and attended Le Cordon Bleu (Boston) at age 37, and am starting my first cooking show right here in Cambridge.

Coincidence?  Absolutely not. Julia Child inspired me. Although I’m no Julia Child, she’s the one who practically invented the cooking show genre.  As a kid, I was always mesmerized by the WGBH “iden” that sounded like a synthesizer dropped into a blender, that preceded her show and other WGBH programming.  Even at a young age, I knew that cool TV shows like “The French Chef” were coming out Boston.

God willing, if I have anything to say about it, and good fortune does not desert me, Mayor Menino won’t need to wait for Top Chef to capture the American public’s imagination about Boston’s wonderful restaurant scene.

You know well that I’m not a big fan of competitive cooking shows, as there’s far more exciting culinary television that could be made.  People have told me again and again, that I should audition for one of those shows.

No thanks, guys.  I’m doing my own show, that will pit me against no one except the outdoor elements, electric ranges, dull knives, and crazy drivers.

With the mind-blowingly wonderful luck I’m having lately, especially with the Cambridge City Council cheering me on, my hope is that maybe the Mayor’s office across the river will quit vying for competitive reality television ratings… and will instead support the adventures that are beginning right here in Beantown.  (At least one can hope so, right?)