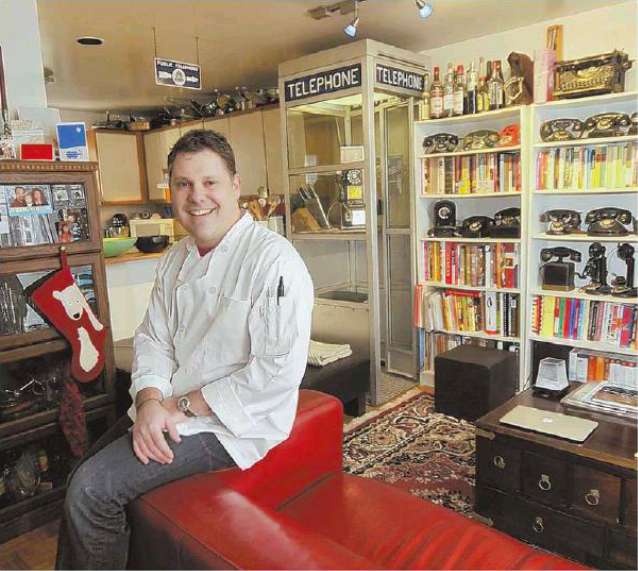 Here’s the follow-up on last Wednesday’s article about Food Biker in the Boston Herald.

[EDITED – The web version of this story has since been archived and is available as a purchased download from the Boston Herald.]

However, the actual print version, can be read as a PDF of the 2-page center spread can be read here.  I have to say that the print version was incredibly visually appealing, and you’ve simply have see this if you haven’t yet.

To be honest, it’s a week later and I’m simply *blown away* that they really did it — they really gave me the 2-page center spread of the whole newspaper.  That’s a really big deal.  I don’t think anyone has ever written an article about me in my whole life.  For anything.

Seriously.  I’m not sure what I did to deserve the press… but I don’t feel worthy of such attention (at least yet, as we’re still finishing up pre-production!).

I have to say that things have felt a a bit wacky around here.  Since the story went to print, people I’ve never met have been reaching out to me that I certainly wouldn’t expect.  The timing was just kind of crazy, given that a I was busy introducing celebrity speakers at the Boston Wine Expo all last weekend.

What I did want to say, was that the photo in the print version, was taken when it was 11 degrees Fahrenheit outside in the driveway.  My left hand is freezing like you can’t imagine, and now I have sympathy for models like I’ve never had before.

One of the really cool things, was that the Boston Herald doesn’t pick up stories about people who are putting together TV shows, unless the show has already been picked up by a network.  They were very clear that they wanted to make an exception in this case, which could not have been more of a vote-of-confidence in what I’m putting together.

A huge thanks to Dan O’Brien at the Boston Herald who did a wonderful story, Mark Perigard (the Boston Herald’s TV Critic and Executive Arts Editor) for thinking it was a great story in the first place, and Ted Fitzgerald for his incredible photography.  You can bet on the fact that I’ll have more updates for the Herald soon.

← In the Boston Herald...
Local Boy Does Good →